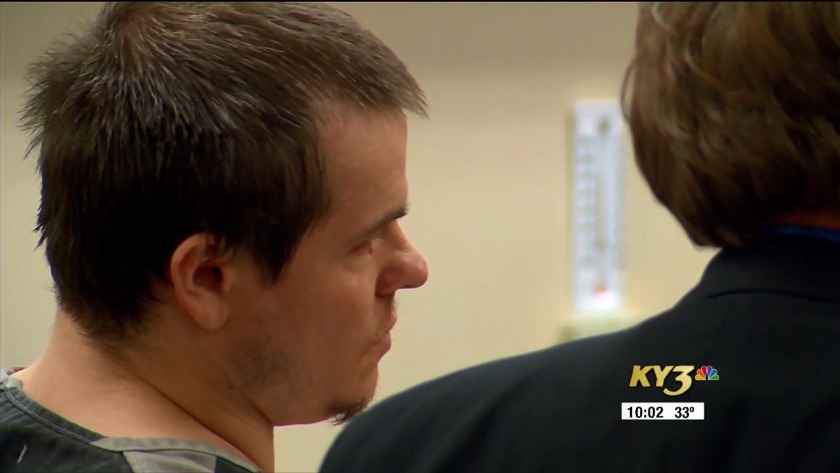 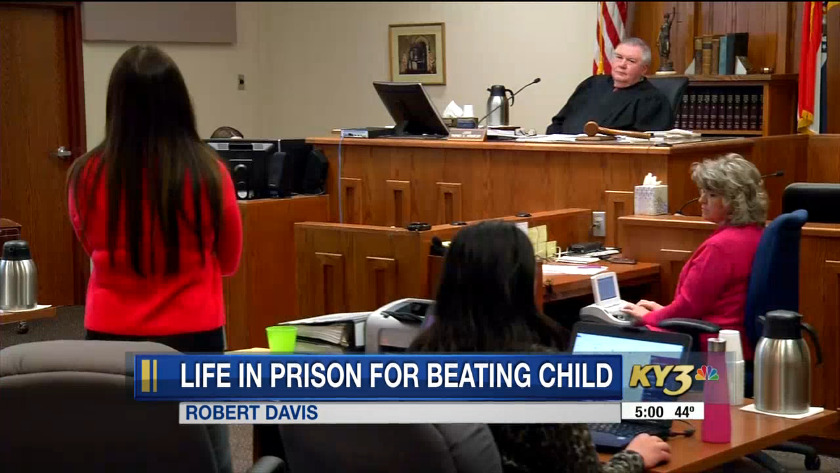 SPRINGFIELD, Mo. -- A Greene County judge sentenced a father accused of beating his young daughter to life in prison.

A jury found him Robert Kenneth Davis guilty of seven counts of child abuse in September. He received the maximum punishment possible on each count he was found guilty, which is what Assistant Prosecutor Stephanie Wan recommended to the court.

"There is nothing that the courts can do. There's no combination of treatment or rehabilitation that will make him safe," she said.

Wan called three witnesses to the stand during Davis' sentencing hearing to testify to his history of "using, abusing and hurting" children and adults.

In this case, it was Davis' then-eight-year-old daughter, who the jury agreed, was tortured over a twelve-hour period. Her hair was pulled out, she had black eyes, busted lips and bruising to her entire body.

"There's nothing I can do to turn back the hands of time and fix things for these children or these victims but can I give them a peace of mind, can we, as the judicial system give them a piece of mind for as long as possible? Yes," Wan said.

The victim, Davis' daughter, told the court during the September jury trial about how her father beat and tortured her. Her testimony came on the girl's tenth birthday. During sentencing, Judge Thomas Mountjoy said in court he remembers that day quite clearly. He also told Davis it was clear he had a significant anger problem.

"You won't be inflicting that on anyone else in this community or any other community for a very long time," Mountjoy said.

Mountjoy then sentenced Davis to exactly what the prosecution recommended: two life sentences, plus fifty years behind bars, with no possibility of probation or parole.

Davis is also charged with killing his girlfriend's two-year-old daughter, Kinzlea Kilgore, by beating her to death in Buffalo. Trial for that Dallas County case will start in June.

FIRST ALERT WINTER HACKS: Here's how to keep your car clean of ice and snow

FIRST ALERT WINTER HACKS: Here's how to keep your car clean of ice and snow